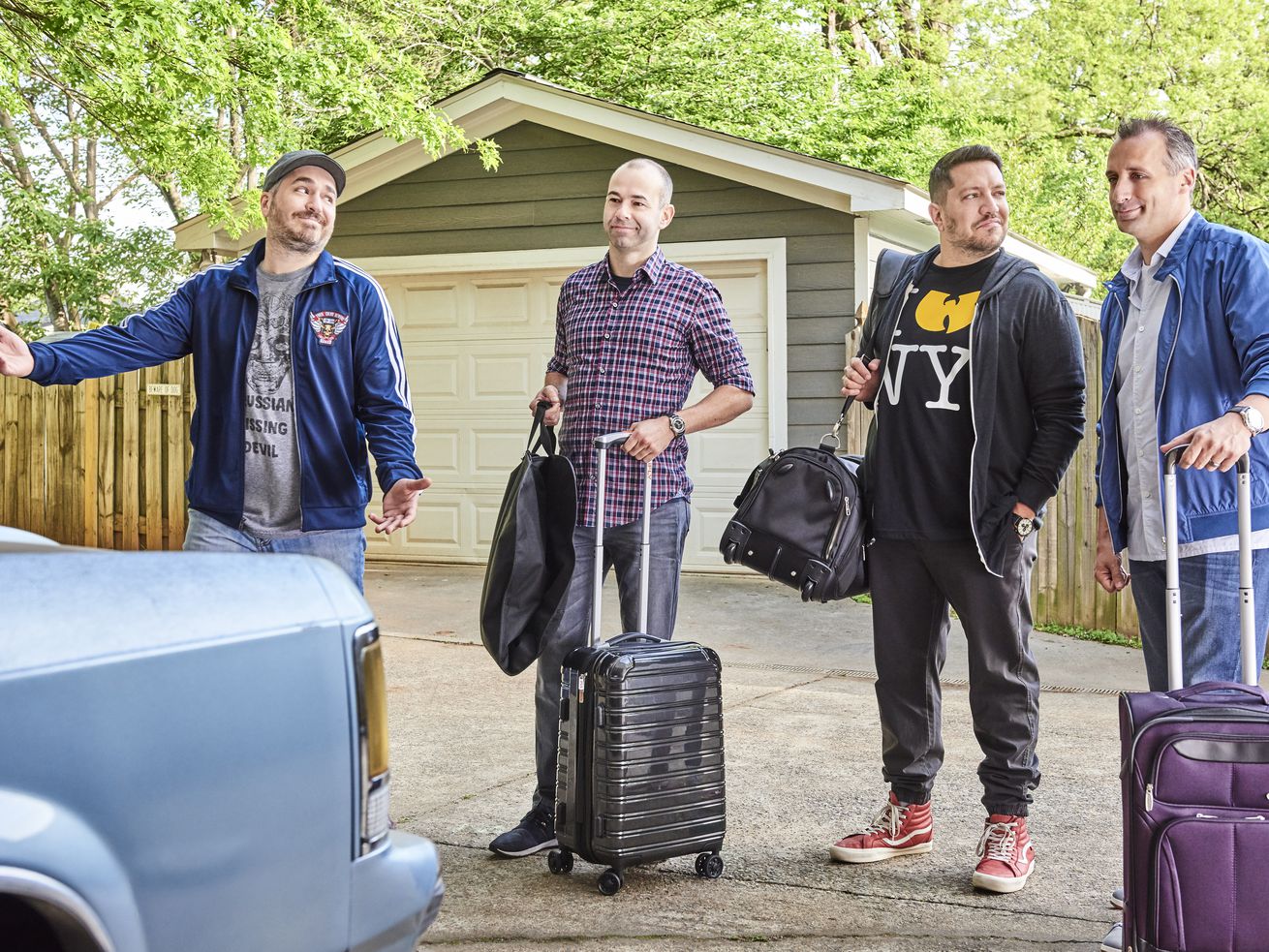 What kind of hijinks can The Tenderloins pull off that have yet to be done? How far will they go for a good laugh? Well, we’re all about to find out.

James “Murr” Murray, Brian “Q” Quinn, Joe Gatto, and Sal Vulcano have been challenging each other to ridiculous public dares their whole lives, and millions of people around the world have watched their hilarious antics unfold for over 200 episodes of their show, Impractical Jokers. Now, this team of tomfoolery is going where they’ve never gone before: the silver screen.

The mighty forces of truTV, Funny Or Die (hey that’s us!), and director Chris Henchy have combined to bring you Impractical Jokers: The Movie, and it arrives in all its glory on Friday, February 21 2020, in select theaters nationwide.

The film features Murr, Q, Joe, and Sal playing themselves in a fictional narrative centering around a humiliating high school mishap. Although the storyline is fiction, the challenges and dares they put each other through, the hidden-camera footage, and the reactions are as real as can be. Oh, and the appearances by Paula Abdul, Jaden Smith, and Joey Fatone, those are real, too.

“The opportunity to bring the fun we have making Impractical Jokers from television to the big screen is a dream come true for us,” said The Tenderloins. “When we started the show eight seasons ago, we always had a desire to expand our style of comedy to new mediums outside of television, and via our comedy tours, cruises, and now film, we’re excited to continue this adventure with our fans.”

Millennials have ruined the housing market, department stores, chain restaurants, and many other industries, and now, they’ve joined TikTok –

Rat Bastard Ted Cruz Continues To Be A Rat Bastard

Em Schulz And Christine Schiefer Are Masters Of The Unconventional

45 Celebrities Whose Style Has Completely Transformed Since the ’90s

Getty Images With great fame comes a seriously upgraded look. That’s why we see the style of most celebrities improve

40 Rules Celebrities Have to Follow When Meeting the Royals

The Best Fall Nail Trends from The 2021 Runways