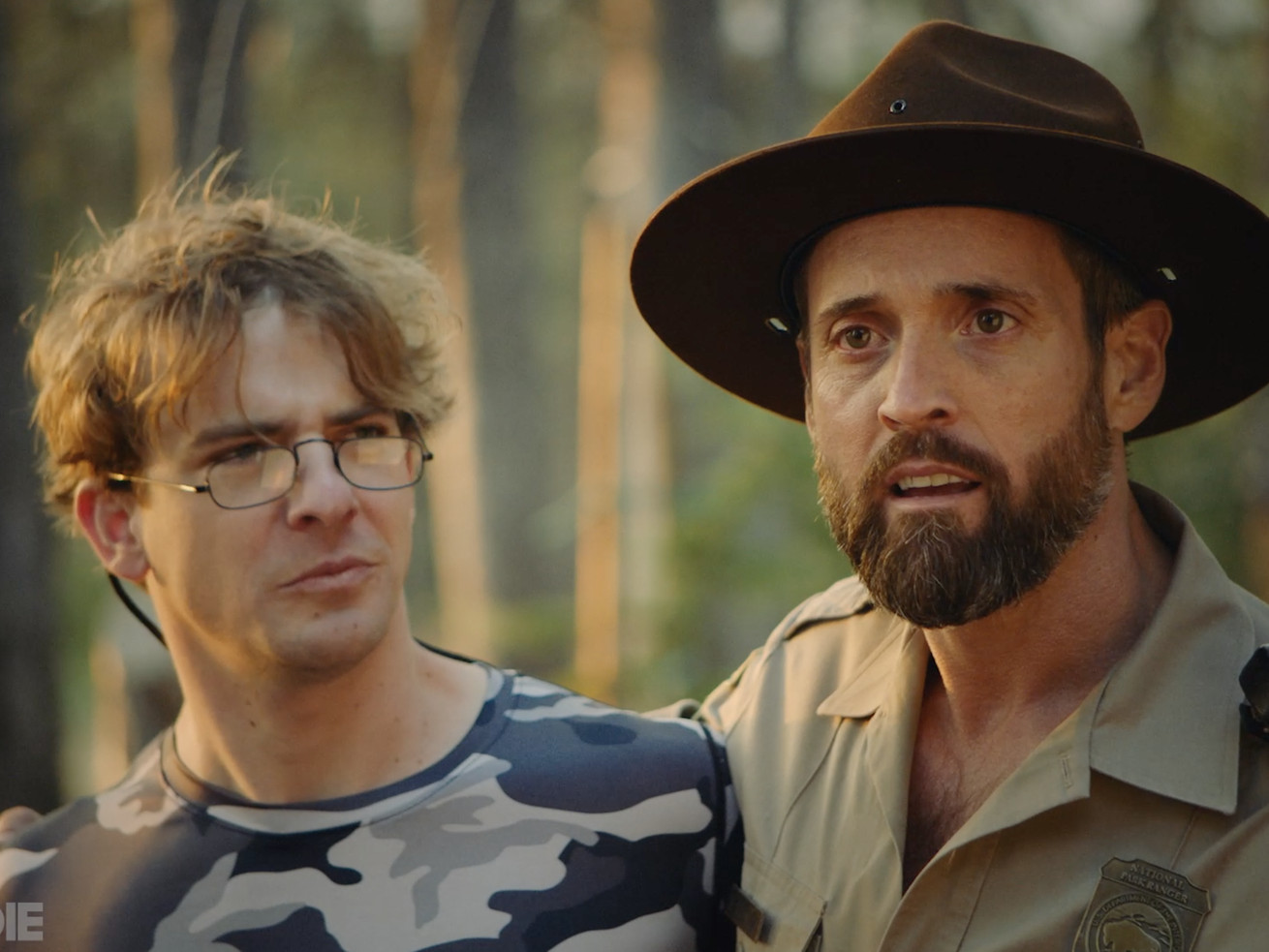 In Take It Outside, ﻿four friends get back to nature and try to thrive in the great outdoors — without killing each other.

When Chad explains that his wife left him for Park Ranger Collin after he walked in on them having sex on their bedroom ceiling (elaborate suction cups were involved, it was very cool), we learn the strange set of circumstances that don’t make Collin any less cool, but maybe make Chad… more cool?