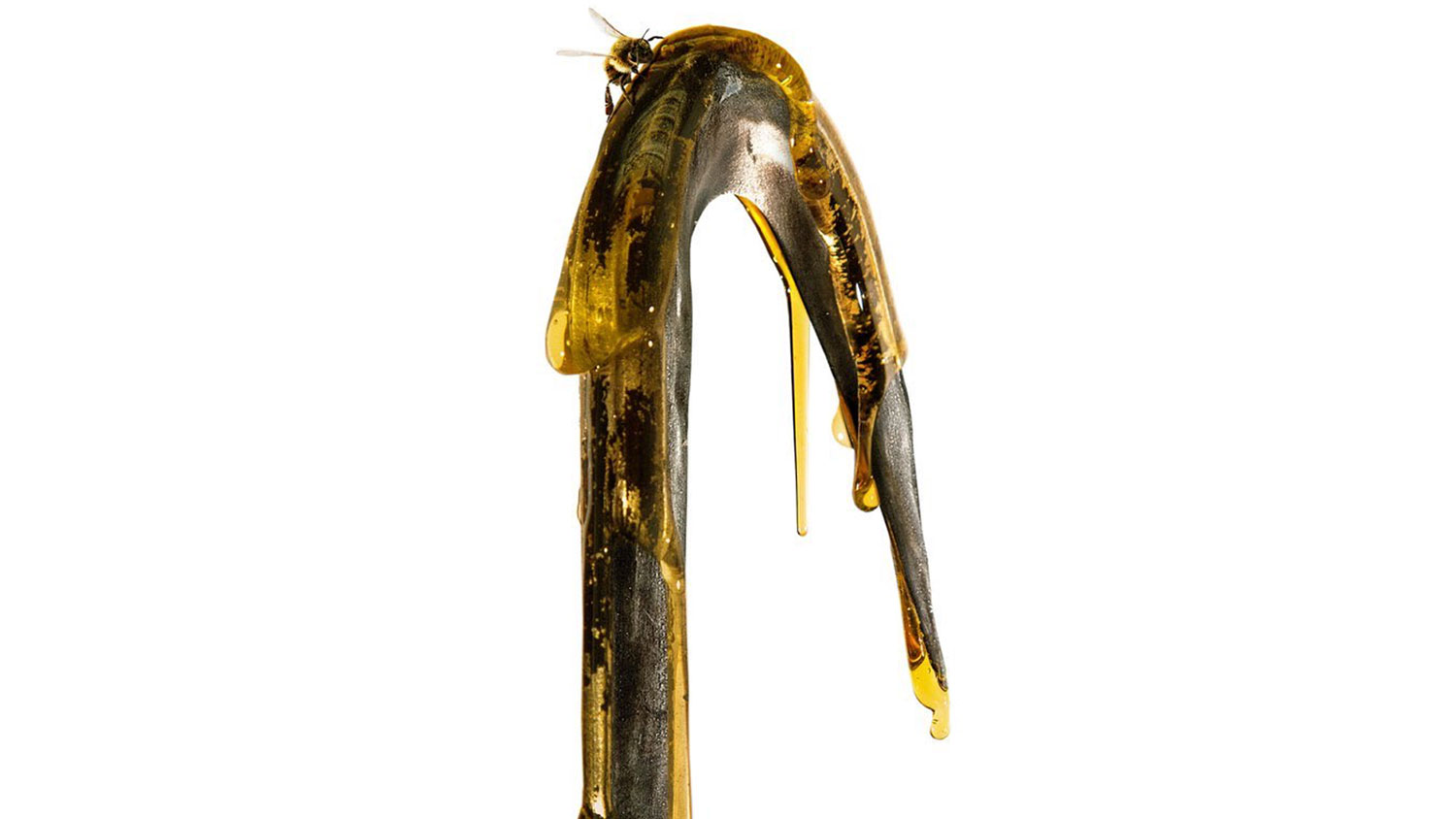 It has been a bit of a rough time for horror with the releases of THE GRUDGE, THE TURNING, FANTASY ISLAND & BRAHMS: THE BOY II but 2020 still has a lot to offer for the genre and one of the releases that stands out is the Jordan Peele produced and Nia DaCosta directed, CANDYMAN. The film is being described as a “spiritual sequel” to the 1992 film that solidified by fear of Tony Todd years as the title character. It’s going to be a big week for fans who are anticipating this one because today we got a look at the first poster film along with the announcement that the first trailer is set to be released on Thursday.

The poster text reads “Dare to say his name” and we all know that once we say his dreaded name fives time, bad things tend to happen. The poster is complete with an image of his trademark weapon covered in honey and bees. The film’s official Twitter page wants you to tempt fate by offering a first look teaser at the film if you tweet #Candyman 5 times. Proceed with caution…

I dare you to say his name.

The original Candyman is one of my favorites of the genre and when people tend to say that the early 90s was a rough patch for the horror genre, I always point out this film because efficiently directed by Bernard Rose, features of the best and underrated scores of the genre by Philip Glass and Tony Todd gives us a modern day boogeyman that became the stuff of nightmares. Jordan Peele has a lot of love for the genre, witnessed by his work on GET OUT & US, and while he’s not taking on directing duties, I trust his instincts in giving that control to Nia DaCosta.

CANDYMAN, which stars Yahya Abdul-Mateen II, Tony Todd & Teyonah Parris, hits screens on June 12, 2020. Are YOU interested in seeing new take on CANDYMAN? Check out the new poster below!

The Best Sneaker Deals Worth Snagging on Prime Day 2021

Claudio LaveniaGetty Images Prime Day officially kicked off this morning, and the sales just keep getting better. For the next